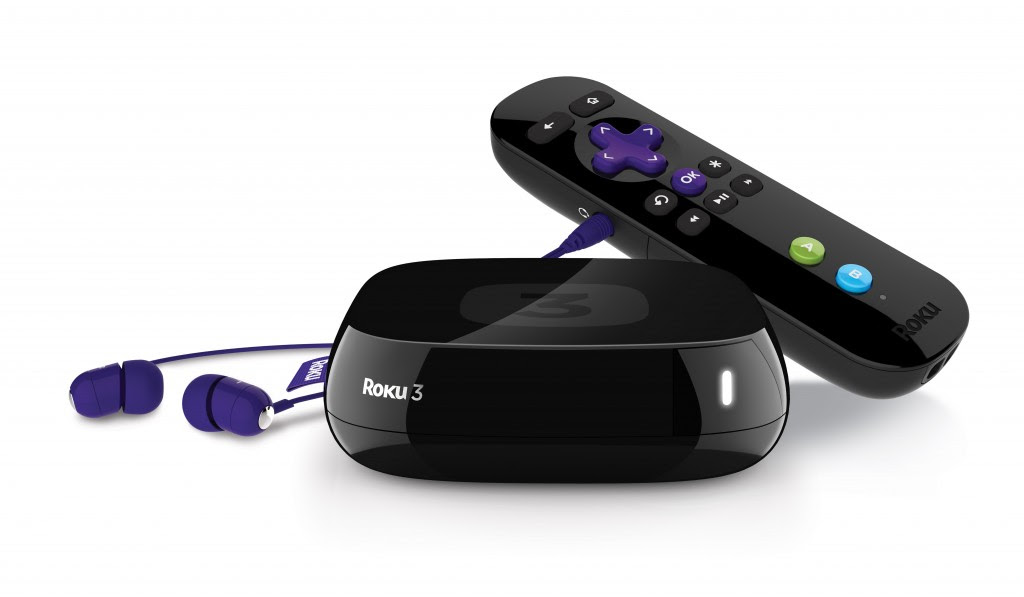 So, I bought a Roku 3 from eBay the other day and was a little surprised (but happy) to see it came with a UK plug. I had thought that it would work with my Logitech Harmony remote rather than having to use the one that comes with the Roku, but like the streaming stick, the Roku 3's remote works with RF signals. It can be used with the Harmony but I need to add the Harmony Hub, another €99 bought new - getting expensive... (I did add the Roku 3 to my Harmony remote obviously fairly shortly after having written this post, without needing a Harmony Hub, so that's good).

Anyway, because the Roku 3 is mains-powered it's always on unlike the Streaming Stick that was powered by USB cable to the amp. It's very responsive and the user interface is good-looking with possibilities to customise that weren't in the Streaming Stick. The Roku 3's remote shares features with the Wii-mote with motion sensors that allow for gestural control. It is something of a gimmick and used in a copy of Angry Birds Space pre-installed, but I don't really see other uses for it. The remote also has a 3.5mm headphone socket that cunningly mutes the TV and plays sound through attached headphones, making for non-disturbing viewing.

Plex playback through the Roku is satisfactory, though it would be good if you could turn on and off subtitles while watching the film rather than having to come back out, go into playback options and choose, then resume - to get the best quality (if your net connection supports it) up the rate to 10 MB 1080i, the picture quality is great.

Anyway, my Streaming Stick is on eBay for the next day or so here:eBay so go get a bargain.

PS. Gave my Chromecast to a great friend of mine. Previously, if they wanted to watch a film from the computer they needed to move the PC over to near the telly, hook up the HDMI cable and listen to the sound through the PC's tinny speakers - he is made up :)
Posted by BeeVee at 00:37