The acekard 2i is a card for running homebrew DS software. It sits in the slot where you'd normally put your game of choice and can be used quite successfully to run dodgy copies of games as it turns out, but my main reason for getting it was to get reading material on my DSi. The acekard 2i I bought came with a 4GB microSD card and a USB adaptor for same to enable reading/writing on the PC. I bought it from the UK to take advantage of the strong Euro and so it cost about 25€ instead of the 35€ asked for locally. In the thrill of getting it I also downloaded some pirated games; Colors; Lemmings and the DSReader software.

Pirated games
Obviously, the main reason these cards are decried as pirates' playthings is the ability to put multiple games on the memory card, so let's get this pernicious aspect out of the way first. I wanted to see just how easy it was. A search of Google later and I had Sonic Rush, a game I didn't own, on there. Because I put Sonic Rush on there and played it, it meant I went out and bought an original copy of the game within a day (above all for Finn since it's just too fast for these tired old synapses), and thus ended my experimentation with dodgy software.

Colors
This is a natural paint package that uses the pressure sensitivity of the DS' lower screen in order to paint images. You can save your progress as an animation with some amazing results having been uploaded to the Colors site, like this astonishingly-lifelike polar bear and cub. The controls are intuitive, I just wish I was more artistic to be able to profit better from it.

Lemmings
Yes, this is exactly the Amiga classic. There are a couple of rejigs to suit the smaller screen real estate available to the DS, namely a zoom in function that allows you to get up close and personal, but otheriwse this is the complete Lemmings and the Oh no more Lemmings add-on level pack.

DSReader
This is the only homebrew reader I could get to work nicely. It only works with standard US-ASCII text files, doesn't give a page number or progress bar for where you are in the book and doesn't support more advanced page layout, such as provided in the XML-based ePub format. That said, it displays across both screens (holding the DS as though you were playing a game, rather than a book), supports size-adjustable, anti-aliased TTF fonts, can invert the screen and keeps track of up to three bookmarks per book. I tried several other ebook readers - namely the ascii text reader built-in in the acekard OS (didn't handle para breaks as nicely as DSReader, not anti-alised, but on the plus side screen orientation is user-definable), ReadMore (Bjorn Geisler's stalled alpha version doesn't support screen interaction on the DSi), DSLibris is defunct seemingly and I didn't like the look of TextReader. I really wish I could code, or knew someone who worked for Nintendo so I could propose a legitimate DS cartridge, with a microSD slot in it, like the acekard and a kick-ass ebook reader. The DS would kick seven bells out of Kindle, etc. and ebooks could be sold on the DSi store in additon to the MicroSD card being readable elsewhere. The reader would need to cope with a variety of ebook formats since there isn't a settled standard yet (apart from maybe ePub) and support page orientation, Unicode, font anti-aliasing, etc.

Other
As I posted in a previous rant, the DS is ripe for more useful software than just games. As Colors shows, the possibility to be creative doesn't depend on a large screen and Windows or OS X. Even Nintendo's own sound tool, while gimmicky, encourages the creative side of users. I did try a couple of other apps. DSOrganize, while promising also suffers from the same inability to use the touchscreen on the DSi, Moonshell seemingly didn't offer anything over and above what the acekard OS could do since it wouldn't play the dpg movie I converted and while DSVideo might have worked I balked at using 2GB on the card to store a paltry 90min movie in 256x192 resolution!

I've since found other software, but I cannot access my MicroSD card on the PC for some reason. While it still works fine on the DS and I am in the middle of a couple of books I shan't reformat the thing to see if that cures the ailment, otherwise I will be stuck with what I have forevermore (or until I buy a new memory card - isn't it amazing how cheap and tiny MicroSD cards are?!)

Since this is a review, it needs a score. If only I was a coder I would happily give this 5/5, but since I am but a n00b and have to wait for others to give me what I want, it has to just be 4/5. That said, if you are a coder, please get one and get in touch so we can make beautiful ebook reading together? And if you want to use your DS for more than just Mario in all his guises and you want some of this get the acekard 2i, get it now. Now, can I get back to reading Crime and Punishment please?
Posted by BeeVee at 00:47 3 comments: 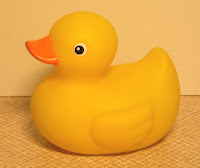 My six-year old son told me earnestly yesterday that I should take showers instead of baths, since a bath used twice as much water as a shower. In theory I agree, except that since I have MS my balance is shot and taking a real shower is a somewhat worrying experience, let alone standing in a slippery bathtub with one arm raised like some kind of demented ape. Having said that, for just getting wet for the sake of getting clean I completely agree, however nothing beats the sybaritic experience of just laying in a bath of hot water, reading a good book (Survivor by Chuck Palahniuk). Given our aquatic origins I would think that this is a natural state for us and so far more relaxing than even being supine on the sofa. While a bath takes twice as much water as a shower in my son's example, an hour-long shower would doubtlessly use more water and allow for less reading (I believe showers over a certain length of time are referred to as "waterboarding" in some countries). So while I have doubtless used more water than I should, my general sense of wellbeing has improved in a way incomparable with the amount of water wasted. Now, must turn off more lights to make my carbon footprint smaller again...
Posted by BeeVee at 11:40 No comments: